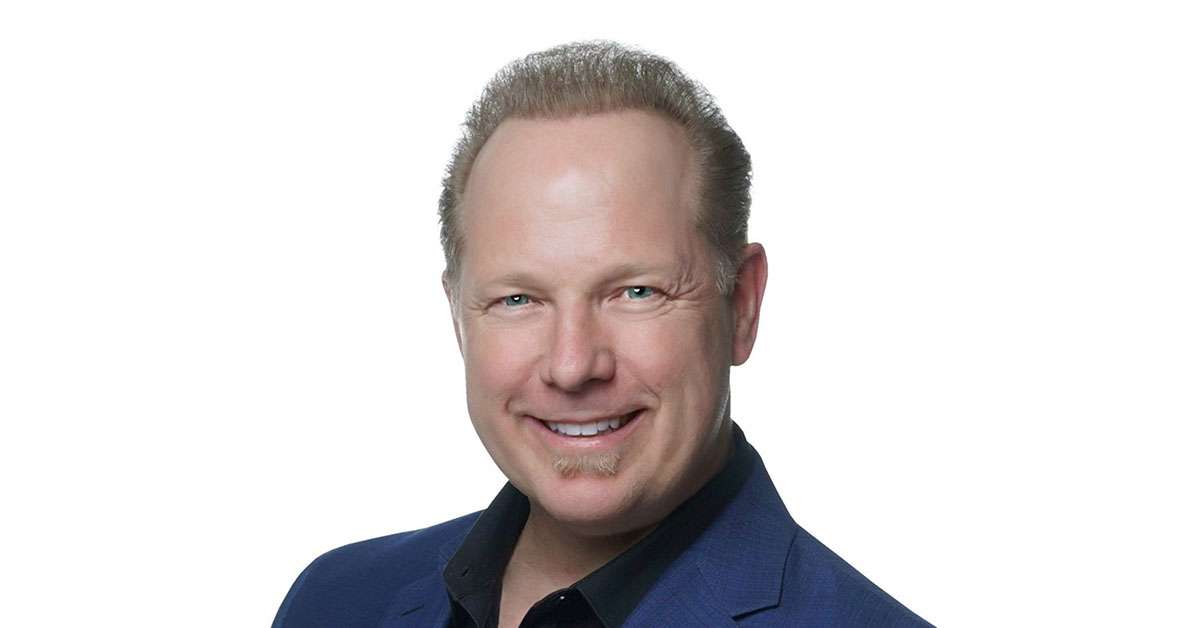 By Kirsten Blake, Chapter Be

“Know your ‘why.’ You need to set goals but they also need to be attainable and have a ‘why’ behind them. You have to believe them. So have a true, real reason as it keeps the compass in the right direction.”

Mike Saunders is a small business marketing consultant who helps small business owners align their messaging so that all of their marketing resonates with their target audience both online and on social media. Mike worked in the banking industry for 15 years before earning his MBA in marketing. When the market crashed in 2007, he made the decision to go back to school, and since he spent most of his personal time reading business books decided that an MBA was the way to go. It was about following something that he genuinely liked.

Mike feels that his MBA degree allows him to take an academic and strategic approach to marketing, and if before his MBA he was a fan of marketing, he is now a fanatic. Mike is fascinated with the strategy behind the tactics, and this led him to write his first book, The P.R.I.S.M. Salvation: A 3-Step Solution to Social Media Domination for Busy Business Owners, which was published on Amazon.

He also created the system “CA-TA-SA,” which stands for Competitive Advantage – Target Audience – Strategic Alliances. He takes a business through this model during a two hour-long session, and what he loves about the process is that it is different for every person/business. The work remains interesting to him because it is not monotonous. Each client needs something different, so he spends his time building different strategies based on the need of that client.

Working with small businesses fell into place for Mike because during his degree he had to think of a hypothetical company that he wanted to build. He created a marketing plan for a marketing company, and then just ran with it and turned it into an actual company. He never had a desire to work for a Madison Avenue type company, because he believes that the small business engine is so important to the economy. Mike interviewed various people at the SBDC for that class as well, which led to him eventually consulting for the SBDC.

Another outworking from his MBA is that he began to teach marketing at four different online universities. He got the advice that if you want to teach then you need 18 hours in whatever discipline you will be teaching, so before he graduated he made sure to take one more class so that he had the required 18 hours. Teaching online and night classes have been another way for Mike to connect with the marketing field and give back to those who are learning or just getting started. In the end, he deeply believes that God put him on the earth to help motivate people, which he is thrilled to do through coaching and consulting.

How do you measure success?
I measure success by making a positive impact in the people’s lives that I work with so that they get more value then just what I am providing to them. That makes my mark in the world and it is more then just trading hours for dollars and doing a project. It is pouring more into that relationship and giving more value than what you are paid for, per se. That then leads to achieving the goals that I’ve set for myself.

What is the biggest happy accident you have had in starting or conducting your business?
It hit me during my coursework that you never go to class and have live online sessions – it is all asynchronous, meaning you log-in, do what you want, upload and turn-in assignments all within a set deadline. I thought, I think I’ve talked to a professor one time – ever. I might have emailed a couple – maybe three times. So, from their perspective – how hard is it to teach? So, I started to think about what it would take for me to be able to teach online. It is a lot of work and different then I thought, but that little a-ha moment and inquiry led me to take that extra class to be qualified to teach online. It is now a great source of income but also really rewarding. It is a great feeling to know you are helping students with their academic development.

When have you been the most satisfied in your life?
I would say after working with a client on their marketing strategy and have them be excited about their next steps – leaving feeling like something is attainable and they are able to do it. Coming out of sessions – whether at the SBDC or with private clients – and they are further ahead then when they entered. Taking them through the process where we just drill down and open their eyes and opportunities. So, for me the most rewarding thing is that type of digging in deep and exposing opportunities that they never knew were there – and then putting a plan in action to take advantage of them.

What was the best piece of advice you were given when starting your business?
I don’t know if I was ever given advice really, but I would say that it would be plan for the long-long term, plan for long hard work, plan for doing the right things consistently and efficiently and make the right investments in the business. Unfortunately, people think of marketing as an expense, but it’s an investment. When someone is tight on funds, they don’t pay for marketing, and that is a mistake.

So, know what you need in your business and don’t just try it and if it didn’t work the first time, you quit. You have to do that thing – whatever that thing is – consistently over long-term cause the results come from long-term networking, marketing and doing the right business practices. It’s really about having that long-term vision, because people can get shiny object syndrome and quit doing something two weeks after they started because it didn’t work like gangbusters in the first ten seconds.

What is your biggest struggle in being a small business owner (and/or in starting a small business)?
Defining your own methodology. In my field of consulting, you really are a student of the industry. You’ll learn everything about everything. You’ll see what this person thinks, and this person does and then you take 1% from this methodology and 1% from this and you get to the point where you have your own certain way of doing things and delivering results – none of it is revolutionary or earth-shattering in and of itself, but together it is. I would say that it takes time for that to happen.

The CATASA technology that I put together – the way I explain it – is that I met with dozens and dozens and dozens of clients over a three or four year period. It started off sitting in front of them with a legal pad and pen and asking them how I could help them with their marketing. We would talk, and I would find myself covering the same three topics, then I found myself drawing three boxes for the three areas, and then developing the technology as foundational. The way I put it all together and the way I described their interactions with each other is the revolutionary part. The struggle would be not being vanilla-plain, me-too, but being something relevant and developing your own methodology – and that just takes time. You can’t just hang your shingle and do whatever that it is.

If you weren’t doing what you are doing now, what would you be doing?
I don’t know! A lion-tamer? No, the thing is when I hear that question, if you had all the money in the world, what would you be doing? – I’d be doing this.  I’d still be doing exactly what I am doing, but maybe just doing it for more people for free. This is what I love to do. It energizes me. It is the thing that drives me, and I am good at it. 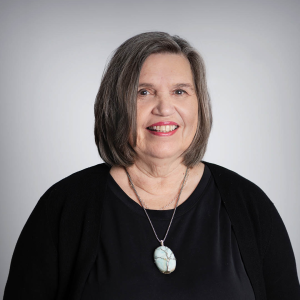 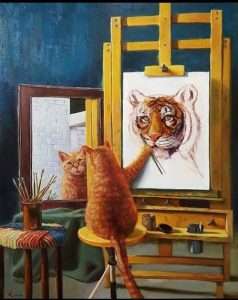 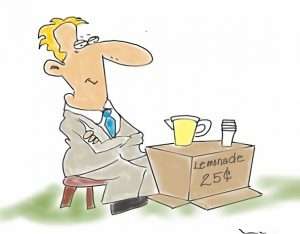 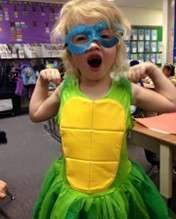 Are You Ready to Step Out of Your Comfort Zone? 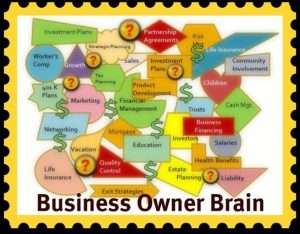 Risky Business- Starting Your Own……

Get notified of our course Business tips and tricks

⑊
“I had a realization that having an employee or employees will be essential to this and it is scary for me to have to worry about not only being financially viable enough to support me but others as well. ”
— Kathleen O'Rourke
“My Aha is that I will keep asking myself: “What would I do if I could not fail?” A good inspiration to not to let doubt stop me!
— Karen Carpio-Thomas
“This assignment has really helped me see the big picture of how my business could affect so many different aspects of my life in the long-term. It is simultaneously exciting and terrifying.”
— Amber MacPherson 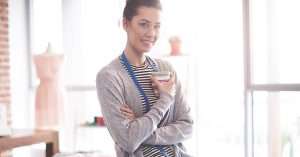 What Makes a Small Business Champion?

Definition of “Champion” The word “Champion” can be used as a noun or a verb. 1.     a person who has defeated others in a competition 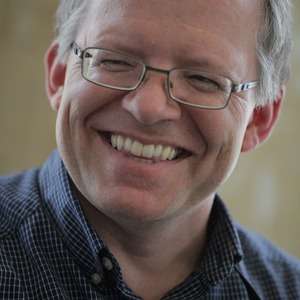 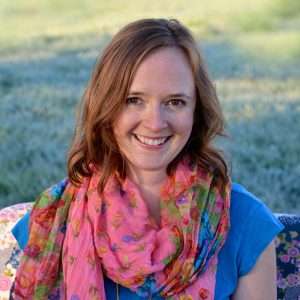 Small Business Champion Interview By Kirsten Blake, Chapter Be “You have to live into the answers and they will appear. If you seek out the

Sign up and get all the latest news sent to your inbox.
FUN FACTS
0 +
successful clients
Get Started
QUICK CONTACT
USEFUL LINKS
THE COMPANY
FOLLOW US
Copyright © 2023 eL3, LLC 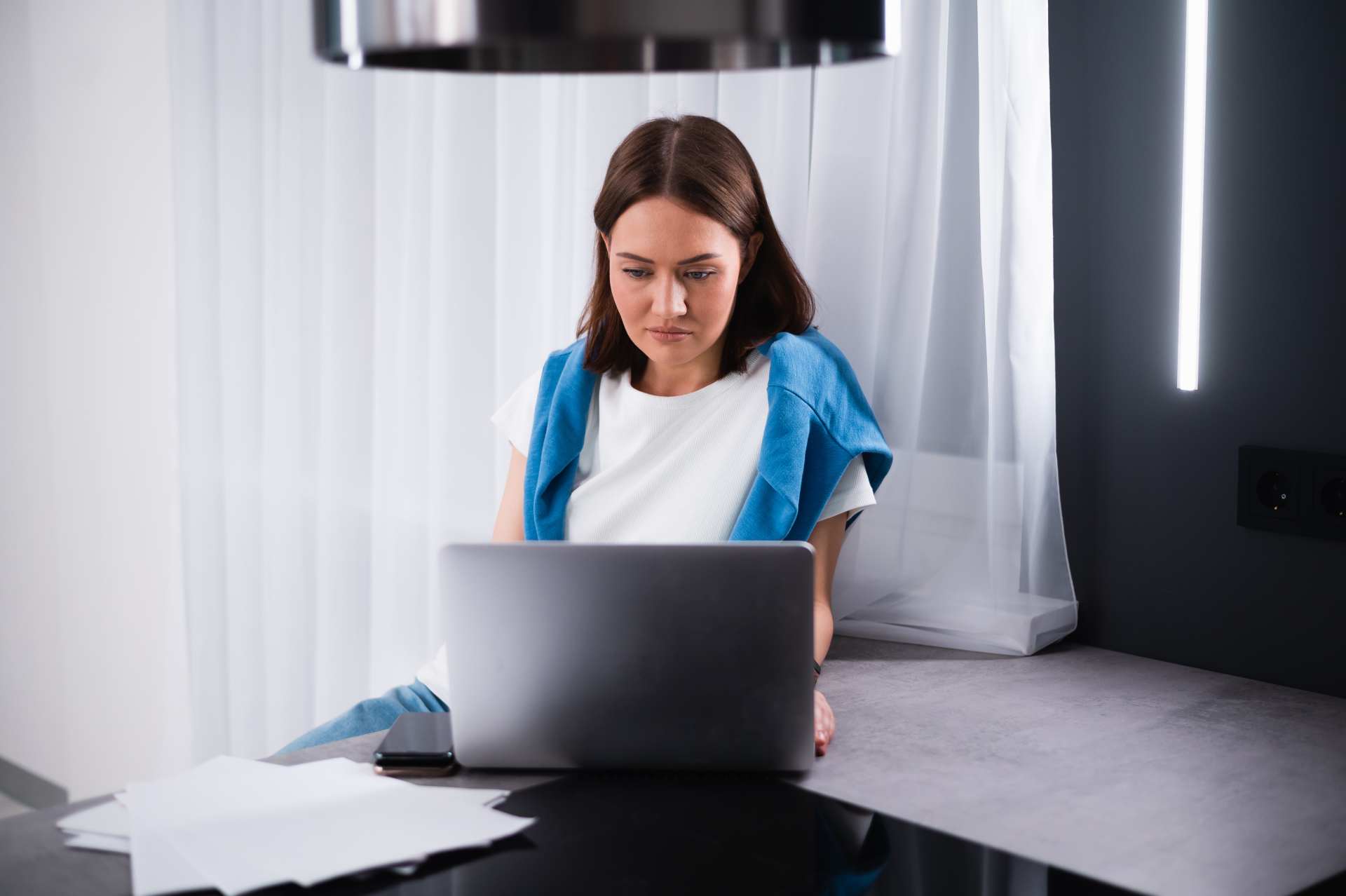